Alone in the Dark is now a THQ Nordic series 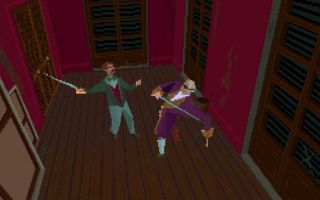 When the original Alone in the Dark released for PC back in 1992, it was the first 3D survival horror game ever made (though, to be pedantic: the character models were 3D – the environments were not). It was an incredible game for its time, but it’s fair to say the series hasn’t transitioned into the 21st century with its dignity intact. Atari’s handling of the series has been average at best, abominable at worst. But never mind: THQ Nordic now owns it.

The latter announced as much on Twitter earlier today. “We are happy to announce that THQ Nordic has acquired the IPs for ‘Alone in the Dark’, a Lovecraftian survival horror game series, and ‘Act of War’, a real-time strategy game featuring a story by NYT bestselling author Dale Brown, from Atari,” the announcement read.

Following the 2008 reboot, the last Alone in the Dark game to release was 2015’s Alone in the Dark: Illumination. A four-player action game, it did not please series fans. The game has a 19% score on Metacritic and a “mostly negative” ranking on Steam.

As for Act of War, the 2005 original was a decent real-time strategy game by all reports (I never personally played it). A follow-up, Act of Aggression, released in 2015.

THQ Nordic has been on a dormant franchise buying spree of late: it purchased the Kingdoms of Amalur license earlier this month, as well as Saints Row owners Koch Media in February. Its also been responsible for a slew of recent remasters, including Titan Quest and Red Faction: Guerrilla.