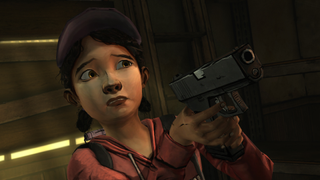 Melissa Hutchison, who provided the voice for Clementine in The Walking Dead as well as characters in other Telltale releases like Puzzle Agent, Back to the Future, and The Wolf Among Us, has written a sad farewell to the studio that recently confirmed a majority closure. She writes, “I, unfortunately, like most of you, do not have the details on how this all came to be and I also do not know the fate of the final season of TWD. To my knowledge, they will release Episode 2 and then that will be it.”

Hello friends. I am so very deeply moved by the messages of love that I, and the folks from @telltalegames have been receiving. Yesterday was one of the toughest days ever. A lot of hearts were broken, including mine. Please read the attached. #TelltaleJobs #Clementine #TWD pic.twitter.com/Fb68z86j8eSeptember 22, 2018

This lines up with US Gamer’s reporting. “Our sources say The Walking Dead Final Season is set to end after the second episode launches next week”, they wrote.

The second episode of the season, which was apparently completed before the closure was announced, is due for release on September 25. At least one player who bought the full season has managed to get a refund from Steam.

According to an official statement from the studio, “Telltale will issue further comments regarding its product portfolio in the coming weeks.”