Get Shadow Tactics, Torment, Oxenfree and more in the Humble Unity Bundle 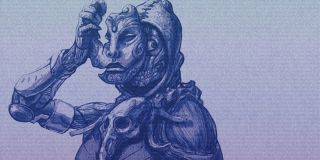 The Humble Unity Bundle, featuring games built with the Unity game engine, is maybe not the most excitingly-named Humble Bundle of all time, but it’s definitely one of the better packages to come along in a very long time. For $1, you’ll get Oxenfree and Aer: Memories of Old, plus Inventory Pro, UFPS: Ultimate FPS, and FlowCanvas, which are not actually games but asset packs from the Unity Asset Store.

Things start to get interesting when you beat the average price, which is already over $10. That’ll get you Wasteland 2 Director’s Cut, The Final Station, Last Day of June, and three more Unity asset packs: Realistic Effects Pack 4, Ultimate Game Music Collection, and GameFlow.

At the top tier of $15 (and given how quickly the average price has climbed, you might as well just go right to the top) you’ll also get Torment: Tides of Numenera, Shadow Tactics: Blades of the Shogun, and four more Unity packs: Discover Unity Game Development – From Zero to 12 Games, uMMORPG, Heroic Fantasy Creatures Full Pack Vol. 1, Universal Sound FX, and Gaia.

The bundle is clearly aimed first and foremost at people who are making games for fun and/or profit, but even if that’s not your bag there’s a lot here to like. Wasteland 2, Final Station, Torment, Shadow Tactics, and Oxenfree are all excellent, and Last Day of June and Aer are quite good too. Your mileage may vary, obviously (Unity is nothing if not flexible) but there’s really not a weak entry anywhere to be seen.

The default charity for this bundle is Girls Who Code, but you can switch it to something else if you’d like. It’s available until 11 am Pacific on September 18.

Some online stores give us a small cut if you buy something through one of our links. Read our affiliate policy for more info.