Great moments in PC gaming: The tragic opening to Homeworld 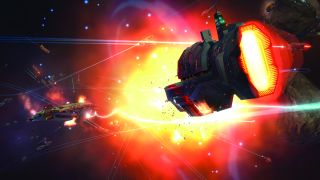 Great moments in PC gaming are short, bite-sized celebrations of some of our favorite gaming memories. 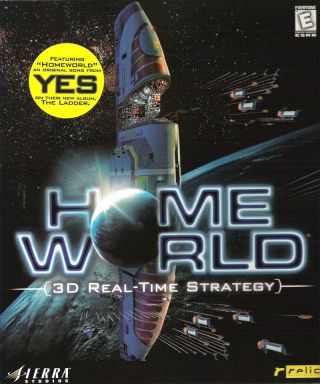 Strategy games aren’t typically sentimental. It’s hard to ponder the nature of mortality and the evils of big government when looking at a map and feeding between one and one billion of your people into a glorified meat grinder. Homeworld, however, was different. Its trailer set an oddly somber mood, with spaceships flying around not to some bombastic action theme, but Samuel Barber’s Adagio for Strings. It stood out. But that was nothing compared to how it was used in-game.

The intro to Homeworld should have been a joyous occasion. Your people have put everything into the construction of a mothership designed to take them across the stars back to the home they were banished from long ago. But no. That would not be an Adagio for Strings-level situation. That kicks in after you test the jump-drive and return to find that in your absence, a mysterious alien force has jumped in and obliterated the whole planet, leaving just a few floating survivors in cryogenic pods. Cue the music as you spend a mission not on the offensive, but simply trying to salvage the situation and rescue as many as you can. And then, with nowhere to go but onward, embark on the long journey to reclaim what was once yours.

It’s a scene that plays out with incredible restraint. It’s you, the music, the slow pace of the game and a few ships floating around, with the charred remnants of the planet telling all the story that you need. There’s time for characters later. This is a moment of regret, of catastrophe, of remorse, all sold with that haunting tune.

Jumping out isn’t just the start of a game, but of an odyssey.