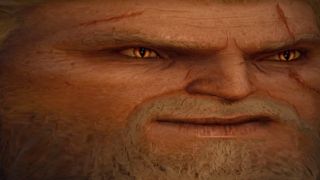 Until today, our Witcher Netflix TV series: release date, Henry Cavill is Geralt and everything we know rundown was pretty wholesome, but lacking key information on the show’s female cast. Now, Netflix has revealed who will play both Yennefer of Vengerberg and Ciri.

Both stars will feature alongside Henry Cavill’s Geralt of Rivia, of course—news which birthed this wonderful header image. In an interview with the Hollywood Reporter, showrunner Lauren Schmidt Hissrich revealed Freya Allan (of Into The Badlands fame) as Ciri, and Anya Chalotra (of Wanderlust notoriety) as Yennefer.

Okay, you got us: The enigmatic sorceress Yennefer will be played by Anya Chalotra. Then there’s Ciri. From the court at Cintra: Queen Calanthe is Jodhi May. Fledgling sorceress Fringilla is played by Mimi Ndiweni. pic.twitter.com/0njcnyKTk2October 10, 2018