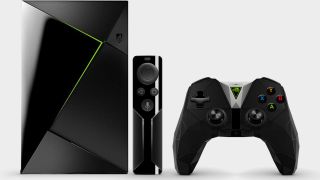 After more than three years on the market and a hardware refresh (in 2017), Nvidia is once again updating its Shield TV, bolstering its streaming set-top box (or console, if you prefer to call it that) with some key new features. Among them is support for 120Hz modes on TVs and monitors that support the high refresh rate.

This is the 20th software upgrade since the Shield TV was introduced in 2015. It arrives just a few months after the latest version of the GeForce Now beta, bringing with it support for in-game voice chat for GeForce Now games like Fortnite, through the controller’s 3.5mm headphone jack (you can now connect a mic to it).

Nvidia added a virtual keyboard and mouse companion as well, based on user feedback. The company notes this should “significantly cut down on login frustrations.”

This is a pretty robust update. It follows recent upgrades such as HDR video support, Google Assistant, a revamped UI, and a few other goodies, and is available now.