A 2-in-1 laptop (also known as a convertible or hybrid laptop) does exactly what it says on the proverbial tin – you get two devices in one piece of hardware. In other words, you’re buying a machine which is a notebook that can transform into a tablet.

And naturally, that’s the main reason to buy such a laptop: you’re not just getting a notebook, but a notebook and a tablet – effectively – so you don’t have to splash out on buying these two devices separately (at considerably greater expense, no doubt).

But, a convertible notebook has downsides compared to a normal laptop. Most notably, the sleek and slim form-factors of 2-in-1s can generally mean compromises on the performance front, because there’s less space to fit beefier components in.

So, let’s look at the respective pros and cons of convertibles in more detail, but before we get to that, it’s worth briefly touching upon the two main flavors of 2-in-1 that you’ll see on the shelves, and their relative merits. 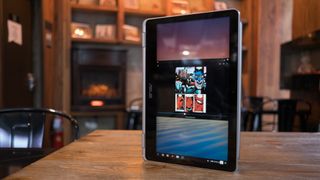 The first type is a notebook which has a detachable keyboard, so you can use it as a laptop with the keyboard attached, or remove the keyboard (via a hinge mechanism) to just use the display portion as a tablet. However, the keyboard might not be removable, and instead it will have a 360-degree hinge, so when you want to use the device as a tablet, you simply fold the keyboard right the way round so it’s flat against the display.

The downside to the latter approach is that you end up with a thicker ‘tablet’, as the keyboard is still attached to it; whereas with a detachable you’re just holding the screen itself. The latter is much more handy and convenient.

On the flipside, with a detachable device, the keyboard tends to be a bit flimsier because of its removable nature, and it’s plain better in terms of build quality to have the laptop fashioned and kept as an all-in-one unit. Also, from the point of view of mechanical failure, a detachable hinge mechanism is more likely to develop a fault (but still, that’ll hopefully never happen).

A detachable also has to fit the core hardware into the display portion, so it can still function when detached from the keyboard base, and that can mean more compromises on the performance front when cramming in components. 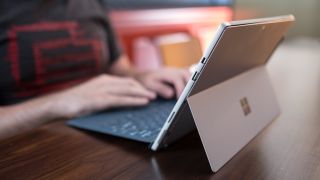 As we’ve already outlined, the main point of buying a 2-in-1 is so you can save money by not having to buy a separate laptop and tablet. Obviously, this is a major boon if you need, or think you want, a tablet.

If you’re not bothered about having a tablet, and don’t think you will ever really use it much, then a convertible notebook is obviously a bit of a non-starter. For the same money, you’ll be able to purchase a more powerful standard notebook. This is because, generally speaking, you’ll almost certainly pay a premium for the extra tricks and flexibility provided by a 2-in-1 compared to a standard laptop.

However, if you think that you’ll use a tablet in some limited circumstances, it’s quite possibly still a good idea to plump for a convertible to give you that option. You might not pay that much more than a similarly-specified traditional laptop, and you may find you gain a lot more flexibility than you imagined, as we’ll discuss next. 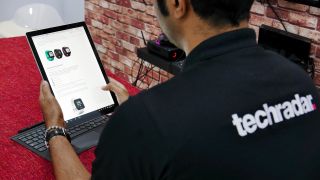 Being able to turn your notebook into a tablet can have a lot of advantages in a good deal of different situations. When you’re sat on the couch, half-watching the TV, and half-looking at your computer screen, it’s great to be able to hold the display as a light and easy-to-handle tablet, rather than having to deal with the bulk of a notebook.

Also, if you need something more portable for when you’re out and about, and you have a detachable, you can just take the tablet portion of the 2-in-1 with you, which will fit far more easily into a bag, and be much easier to use on, say, public transport. But, if you know you’ll be having a fair old typing session, then of course you can take the keyboard section with you.

Even convertibles with a 360-degree hinge which don’t have a removable keyboard tend to be, broadly speaking, thinner than a traditional laptop, as the manufacturer tries to make them as slim as possible so they don’t feel at all bulky when used in tablet mode. Naturally, it is possible to get ultrathin standard laptops, too, but 2-in-1s place more of a premium on this. 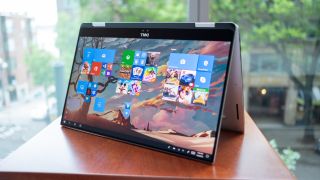 Hybrids are all about versatility, and a 2-in-1 can offer more than just transforming into a tablet – you can also use many of these machines in ‘stand’ mode (with the keyboard folded under to act as a base for the screen) or ‘tent’ mode (where the convertible is literally pitched like a tent), which can be great for either giving presentations or simply watching a film.

And of course just like a tablet, you can use your 2-in-1’s touchscreen with a stylus, and this can give you a lot of flexibility in terms of note-taking,. If you’re in a lecture, for example, you can jot down notes in digital form.

Disadvantages of a 2-in-1

So there are a solid number of reasons why you might wish to benefit from the versatility of a 2-in-1. But what about the reasons not to take the plunge with a convertible?

Well, as we mentioned earlier, if you’re after raw power and performance, a standard notebook is likely a better choice. Generally speaking, 2-in-1s may not run with the most powerful processors, and often rely on integrated graphics, with the designers concentrating on making these machines slim and portable as the overriding priority.

Given that, if you need a portable to run more demanding applications, or you’re a gamer who fancies playing the latest shooter while on the move, you’ll want a larger laptop to satisfy your needs, with more space inside for beefier components, and the cooling solutions to make sure they don’t overheat.

There are other considerations, too, such as dedicated gaming laptops offering perks like backlit mechanical keyboards, for example. Again, all these sort of extras require a bigger chassis and bulkier bodies to be realized.

Finally, it’s worth bearing in mind that some 2-in-1s, particularly the sleekly-designed models boasting premium-level build quality, can demand quite an eye-watering asking price. 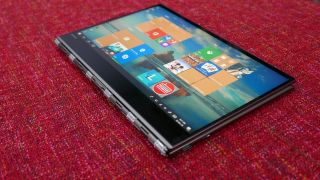 To sum up, then, it’s all about balancing flexibility against performance. Broadly speaking, if you’re happy with the emphasis on the former – and you believe having a tablet to hand will be something you’ll find useful in at least some situations, possibly many – then a 2-in-1 will likely suit you well, providing your raw computing power needs are relatively modest.

But, if you need a portable to tackle more heavyweight tasks or gaming, then you’ll be better served by picking a traditional laptop.

If you do decide on a 2-in-1, don’t forget that we’ve got a roundup of all the best convertible laptops that you’ll likely find an illuminating read.

This article is brought to you in partnership with