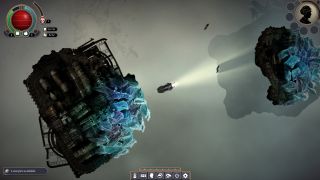 Top-down steampunk adventure Sunless Skies, the follow-up to the atmospheric Sunless Sea, will be out on January 31, developer Failbetter Games has confirmed.

When it entered Early Access last year, Sunless Skies was due to release in May of this year, but developer lay-offs pushed that back into 2019. That has given it plenty of time to add new terrifying regions—complete with tentacled beasts, giant spider-like creatures and a crumbling Big Ben—and overhaul combat.

If you haven’t heard much about it before, then I recommend reading Andy’s thoughts after spending time with it last year. Basically, you pilot a steam locomotive through the stars, stopping at ports to talk to various characters, stock up on supplies and learn more about the mysterious world.

You can expect top-down combat, survival elements—resources can be scarce—and, most importantly, lots of stories to dive into. I’ve enjoyed what I’ve played of the Early Access version so far, and it captures much of the sense of discovery and freedom that Sunless Sea did.

The Steam page is here and the GOG page is here. The Early Access version is available for $24.99/£18.99 on Steam, or a bit more on GOG, and the dev team have previously said that the price will stay the same on full release.