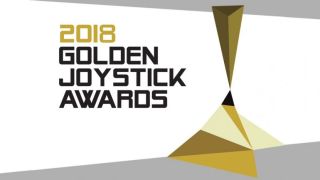 As you might have spied elsewhere on PCGamer.com, voting is now open for the 36th Golden Joystick Awards. Doing so automatically nets you a free e-bookazine worth up to £15.99, so I reckon you should. But only if you opt for PC Gamer’s own Annual 2018, obviously. Otherwise you’re dead to me.

Head this way to cast your vote where you’ll find 16 categories, including PC Gamer of the Year. There, you can choose from Battletech, Frostpunk, Into the Breach, Kingdom Come: Deliverance, Opus Magnum, Pillars of Eternity 2: Deadfire, Subnautica, Surviving Mars, Two Point Hospital or Warhammer: Vermintide 2.

That’s a pretty impressive list—so much so I’ve gone back on two of my own first picks already. Decisions, decisions. Do let us know who you vouch for yourself in the comments below.

Likewise, Fortnite challenges for Best Competitive Game—while genre stablemate PUBG tries for the Still Playing Award. More on all of that can be perused here.