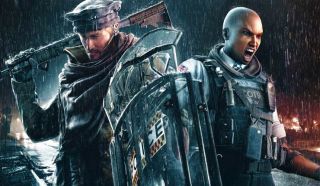 Tom Clancy’s Rainbow Six Siege turns three later this year. But with 40 playable characters, a host of distinctive battlegrounds and having recently hosted its first ever international Major tournament, modern day Siege cuts a very different figure from what launched in 2015.

Steam’s internal data suggests over 100,000 concurrent players lock horns in the online squad shooter daily, not including uPlay-only players, and it shows little sign of slowing down. It’s just rolled out its latest Grim Sky update, it’s introduced two new operators, and it has cemented its zero tolerance approach to toxic players. With all of this in mind, I caught up with brand director Alexandre Remy to discuss the past, present and future of Siege, and how its evolution metaphorically reflects alcohol from the southwest of France. 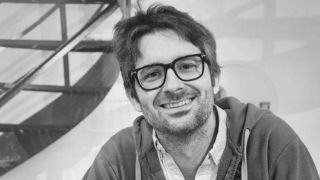 Alexandre Remy is a brand director at Ubisoft who’s worked for the company in various capacities since 2004. He’s been involved with Siege since day one, and has compared the multiplayer shooter’s development to a fine French wine on more than one occasion.

PC Gamer: When we last spoke at Gamescom 2017, you told me Siege was “like a good bottle of Bordeaux” and that “if you let it age longer it should get better”. Siege has now held its first Major, and has 40 playable operators. I assume the analogy stands?

Alexandre Remy: [Laughs] The thing with the good bottle of Bordeaux is that you have an estimation of how long you can age with them and you’re tempted to go as long as possible. I do feel that we have a lot of years to come from Siege, the wine is very young still. I’m glad you brought that quote up, that I’d genuinely forgotten, because I think the analogy still works. Looking at the game, even from a year ago till now, it’s changed so much. Not only in terms of growth in player base and events like [the Paris Major], but also in terms of how the game plays, feels and behaves.

The number of changes it’s been through, the addition of content—it amazes me. We occasionally go back to old presentations or old videos, like when we did the closed alpha or the beta, and when you compare the game then to now? Those are two totally different games.

Yes, absolutely. I think that fun factor is an absolute necessity when you develop a game and when you plan to develop it for the next ten years—when you stop having fun that’s going to show very quickly in the quality, the design and even in the execution. Not that there aren’t times where we’re tired and exhausted but I think the fun factor or at least will to innovate—whether that’s the aliens in Outbreak, some of the operators’ abilities and gadgets; we’re trying to go into territory that we haven’t been in yet and that was the theme of Season One, with Lion and Finka. The globals have been very polarised, right? But our intention from the beginning was: what if we design a set of operators whose skills resonate globally on the map? What behaviours will that create, what synergies will that create?

This [made] Lion a bit OP, let’s be honest, but that will to explore new avenues—there’s a risk but we’re willing to take it. Maybe that comes from the early beginnings of making choices: PvP comes first, 5v5, one-life, destructible locations—all of those things were high risk bets. We could have gone so wrong, so many times, so there’s a luck factor involved too. But at the end of the day, it worked very well. Hats off to our creative director Xavier Marquis, he’s been the one with the nose from the beginning, making the choices, the tough ones, the right ones. 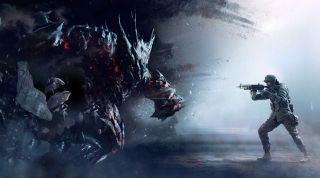 Tell me more about your new operator Maverick.

He’s a hard breacher, right? He’s also a bit of a flanker. His inspiration is mainly about: Okay, how do we bring someone who is a hard breacher, how do we consider the core mechanics of the game, destruction, perhaps the biggest pillar of the game—how do we take the idea of an operator that can breach without being a copycat of, say, Thermite.

That’s why he plays so differently—he’s much more about creating those murder holes and new lines of sight, he’s much more about flanking an enemy that doesn’t expect to be flanked, and he’s complementary to the likes of Thermite—he’s sort of enriching the breachers’ family with more creativity. His blowtorch allows you to shape almost any design you like while breaching. It’ll take time to design penises with his blowtorch, granted, but it will be interesting to see what players do with it. He’s going to be a cool operator.

As an ex-plumber I’m happy to see operators with trade experience better represented in Siege. Maverick carries a blowtorch—is it fair to assume he was a welder or boilermaker in a previous life?

That’s a good question. In his past life I think he’s supposed to be a high profile, high-ranking secret operator Intelligence Officer. But maybe before all of that he started out as a plumber or a welder.

I mean, Super Mario aside, I always feel tradespeople are under represented in videogames.

I like that, actually. Joking aside, I think the idea of players bringing their own experiences and points of view speaks to the question of diversity in games. What’s cool about Rainbow Six is possibility. We’re always adding new characters, new personalities and, yeah, I wouldn’t be surprised if we have more fun with their backgrounds in future. And you know what, why not?

With so many operators today, there’s more scope than ever for new Siege players to become overwhelmed. Clash strikes me as a good starter operative for new players—is that fair to say?

She wasn’t designed with this intention, she was much more designed to be a defensive operator and an intel gatherer thanks to the protection of her shield. She can roam and get much more farther from the objective as a result. That’s where she shines. That being said, it’s absolutely true that the protection that she offers will absolutely reassure new players. They’ll feel a bit more protected, they’ll feel a bit more secure, they can actually discover more of the map while less likely to be taken down by someone. That’s interesting, we should check back later in Grim Sky to see if there’s been a higher Clash pick from new players.

I think theoretically, there’s always room for whatever you want and whatever you choose. But in the case of Rainbow Six Siege, creating a game that requires so much depth and so many different systems means you have to focus all of your attention and all of your might to want that end goal. The moment that you start to split your intention and focus in two different directions, you stand a chance of compromising your end goal or you might create friction between the two. At some point, it’s inevitable one of the two aspects will overtake the other.

From the outset, we were adamant we wanted to build a competitive multiplayer. We knew that not developing singleplayer also guaranteed us to put 100 percent of our focus into multiplayer—which of course also meant we’d 100 percent fail if we didn’t succeed. There was a sense of: we wanted that so much that we were willing to put all of our eggs into the same basket, and there was no safety net. If we had failed, then Siege as we know it would have failed. Someone else might have taken it on at that point, and they’d likely have done something different with it.

Was it difficult to convince Ubisoft you weren’t going down the singleplayer route at the beginning?

Funnily, not that much. There’s been a lot of challenge from everyone, all over, mostly, I think, because Siege is different from what Ubisoft has been historically accustomed to and has been tremendously successful in doing—like Far Cry, Assassin’s, heavily open world games, huge characters, amazing storylines. And when you do come with a 5v5 multiplayer, high skill cap game? Phew! [Laughs and wipes brow.]

When we first had internal reviews at the prototyping phase, it was tough. This isn’t what people are accustomed to, so we were almost putting them on the back foot. Siege was the opposite of what we were used to [at Ubisoft], but we were really surprised at the time with how fast and how easily it went in terms of shifting perspectives and getting the company to have faith in us to do something totally different, and embrace it. Without them, that’d never have been possible.

Earlier this year, you introduced a zero tolerance approach to toxicity in the Siege community. How is that system going?

The ban system is going strong, actually, and we feel very strongly about the system. That system is going to be evolving too. Today, the system means that any player that uses homophobic or racial slurs in our chat will automatically receive a temporary ban. After three temporary bans you get permanently banned. That is a very, very strong stance from Ubisoft and from the game about how we want to deal with toxicity in the game. That feature will evolve as we develop in the future, we plan to add filtering systems to stop those words even showing up at all in the chat, so it’s going to be a little more flexible.

Regardless, our stance is super strong against toxicity and this is something we are very passionate about. There is no doubt about this. We have no regrets whatsoever when it comes to banning toxic players. We feel it’s important—even more so in games that have quite large playerbases, plus the adversarial aspects of a game usually triggers some toxicity by nature, it’s something that you see in every PvP game. With that, you have to be very strong. If you do not punish it, it’s going to grow exponentially.

Some players reckon have suggested your approach impinges on freedom of speech. How do you respond to that?

There’s a saying that goes something along the lines of ‘your freedom ends where mine begins’. To us, it’s not a question of freedom or equality, it’s a question of respect. Behaving in a respectful way, I believe, is not a requirement that’s beyond humanity. Respect is all we are asking for. I believe that with those measures that we’re putting in place, we are exactly on the right path of making a community, as much as possible, that’s respectful to each other.