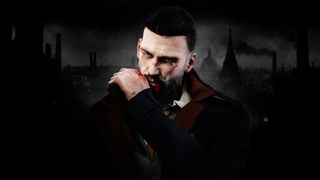 In July, Vampyr announced a Story mode that ‘de-emphasizes combat’. Today, publisher Focus Home has confirmed it’s due next week.

Alongside a new difficulty setting that makes combat “much more difficult”, Story Mode not only pares down the action role-player’s conflict—it plays up its storytelling and narrative. Of the former, Focus Home says players will receive less experience from killing enemies, “forcing them to rely even more on embracing citizens to grow in power”.

Both modes enter the fray on Wednesday, September 26, as do a range of optimization adjustments, bug fixes and Nvidia Ansel support. Full patch notes can be read this way.

Andy wasn’t overly enamoured by Vampyr at launch—”there are some brilliant, original ideas in here, but Vampyr tries to do too much at once and suffers for it”, he said—but if you’re yet to give it a go, it’s on sale on Steam for £30.14/$33.49 till Monday.

Likewise, publisher Focus Home is hosting a weekend sale across its back catalogue. Check that out this-a-way.