AMD rolls out 18.9.1 GPU driver optimized for Fortnite and Shadow of the Tomb Raider 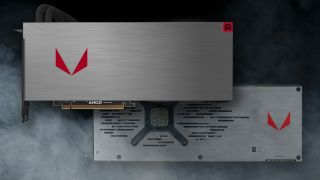 AMD doesn’t have a new generation of graphics cards like Nvidia does, but for its existing lineup, the driver train keeps on rolling. The latest Radeon Software Adrenalin Edition to pull into the station is 18.9.2, and it brings with it performance tweaks for several games.

AMD makes three other performance claims, all pertaining to the Radeon RX Vega 64. In Shadow of the Tomb Raider, AMD says performance gains check in at up to 4 percent at 2560×1440. If you’re playing F1 2018, AMD claims up to a 3 percent jump, also at 2560×1440. And finally, AMD says its 18.9.2 driver package can deliver up to 17 percent faster performance in Star Control: Origins when running the game at 4K.

Not only does Star Control: Origins purportedly see the biggest performance jump, it’s also the recipient of the sole bug fix. The new driver is supposed to get rid of particle corruption on some cloud textures.

There are a few known issues, one of which is that Radeon RX Vega cards could see elevated memory clocks when the system is at idle. AMD also warns that configurations with 16 or more CPU cores might experience a random reboot when upgrading from a driver release older than 18.8.1. If that applies to you, AMD recommends performing a clean install with this latest release.