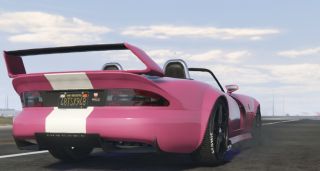 The fastest cars in GTA Online include the Pegassi Zentorno, the Annis RE-7B, the Grotti X80 Proto, and the Dewbauchee Vagner. But the best car in the Grand Theft Auto series is the Bravado Banshee.

It’s sleek, fast and has gotten me out more sticky situations than Carl Johnson’s had takeaway dinners and bad haircuts. I love it. Here’s my homage to the Banshee as it’s appeared on PC over three decades, with a nod to its formative top-down cousins.

For me, the Beast GTS epitomised Grand Theft Auto’s sense of greed. I could be driving any other vehicle, during a timed mission, and I’d still happily go out of my way to chase down a passing Beast GTS, accost its driver, and claim it as my own. Taking what’s not rightfully yours of course quickly became a central tenet of the GTA series, and I cut my teeth on the first’s twin-striped sports car.

Based on the real world Dodge Viper GTS, the Beast combines style and speed at the expense of durability. Successfully outrunning a Liberty City or San Andreas squad car, though, makes the latter seem less important.

Memorable mission: One of my favourite things about the first Grand Theft Auto at the time was its random missions—particularly those doled out at arbitrary pay phones or from inside stolen cars. I mean, why was the owner of this vehicle giving you orders beyond, you know, ‘Can I have my bloody car back, please?’ No matter, the above footage courtesy of GTA Gamer shows off the Beast at its best. 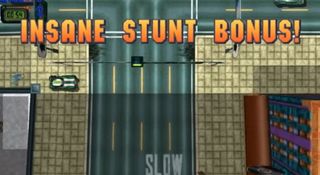 With an ensemble of new vehicles, Grand Theft Auto 2’s car count jumped from 59 to 69 over its forerunner. In doing so, GTA 2 sadly dropped the original’s Beast GTS—but instead replaced it with the 1997 Dodge Copperhead-aping Rumbler.

Cutting a chunkier frame, the Rumbler isn’t quite as fast as its Beast predecessor, but it handles like a dream. Furthermore, it also has two Go-Faster stripes and looks really cool in green and white as shown above.

Memorable mission: During the Gang Land Nonsense mission, I inadvertently led a squad of hostile Zaibatsu gang members to my in-favour Red Necks’ trailer park HQ. Here, I realised warring factions in GTA 2 indeed fought each other regardless of whether I hung around or not. I was ultimately chased by an enemy Z-Type, but my trusty Rumbler ensured I escaped to safety. 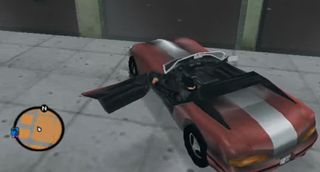 Housed within the glazed showroom of 8-Ball’s Auto Yard, the first 3D iteration of the Banshee is a beauty. As Grand Theft Auto 3’s story unfolds, the player is given access to faster cars—not least the Yakuza Stinger—but seeking out this topless belter early on is always worth the detour. What’s more, whenever I chose to steal this ‘un, I’d shoot out the garage window, as opposed to driving through it, to ensure my new ride didn’t take any unnecessary damage. And I doubt I was the only one who did this.

Memorable mission: As soon as I learned of the Banshee’s location, I used it throughout GTA 3’s first island missions. It made for the perfect getaway car as I fled from Triads and Tribulations.

Unlike its Dodge-inspired pals, Vice City’s ’80s flavoured Banshee mimics the real world’s Corvette C4, complete with a twin exhaust. Arguably not as glamorous as some of VC’s other briefs, the Banshee handled that windy bend outside the Malibu Club with ease and could still out run police with the best of the them. As such, this made it my go-to every time.

Memorable mission: Cop Land. Memorable, but definitely not in a good way. Simply because I died about a gazillion times trying to beat it. Despite Lance’s insistence we drive a squad car to the mall, I eventually realised doing so with a regular car made the escape and respray part of the mission so much easier. A five-star wanted level is never fun, but the Banshee definitely softened the blow.

San Andreas’s interpretation of the Banshee returns to its first gen Dodge Viper RT/10 roots. Despite GTA:SA taking place years before Grand Theft Auto 3, its appearance in both is largely the same. And equipping these beauties with nitrous oxide here is a sight to behold.

As noted by the GTA Wiki, the San Andreas Banshee is one of the few cars that lets CJ kick the driver—as opposed to punching them, or slamming their head against the wheel—before stealing their car. I cannot stress enough how much more fun this made doing so.

Memorable mission: My fondest memory of San An’s Banshee happened by accident. I’d heard so much about the size of the game’s map prior to launch, and decided to put it to the test from outset. After arriving at Grove Street for the first time, I set off on my own for Las Venturas. After a lot of swimming and hightailing it from the law, I happened upon a Banshee. I stole it, obviously, and proceeded to tear up the LV highway before hitting a lamp post and spiralling in a blaze of glory. It was like an episode of Cops. And this was indeed a pretty big map.

Not a formal mission, obviously, but great fun all the same. 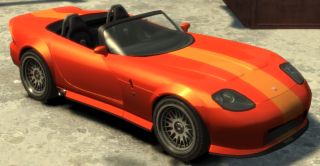 By this point, I’d become accustomed to the series’ Banshee and was not let down by its 2008 HD universe introduction. I mean, how could I be? Look at that beauty up there.

Although not classed as a sports car in Grand Theft Auto 4, this version mimics both the second generation Dodge Viper SR and the fourth generation Dodge Viper ZB. The first type to boast the Bravado manufacturer name, it comes in convertible form or with a hard top roof—with some variants also packing chrome roll bars. As reliable as ever, GTA 4’s Banshee is the quintessential getaway car.

Memorable mission: And as fate would have it, that’s exactly how I escaped from the crime sim’s Holland Nights mission. After tracking Clarence Little down, I decided to drop him in cold blood because I’m a hard bastard. I then took off in the smoothest ride in Liberty City. 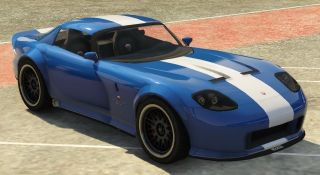 Grand Theft Auto 5’s instalment of the Bravado Banshee is its most refined. Similar in appearance to its GTA 4 variation, this one’s interior mimics the real world Dodge Viper more than ever. As highlighted by its GTA Wiki page, this Banshee comes with vertically-aligned speedometers—which is a staple feature of the Viper.

Memorable mission: I’m sort of cheating here, in that this memory doesn’t come from the base game—but a Bravado Banshee was my getaway car when I robbed a string of banks unarmed by posing as a journalist in a GTA 5 roleplaying server. Not only is this one of my favourite ever Grand Theft Auto 5 experiences, it’s also some of the most fun I’ve ever had playing any videogame. 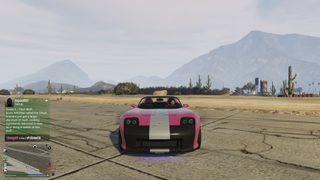 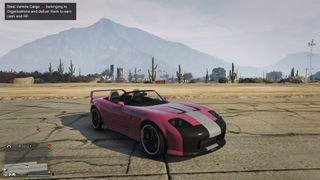 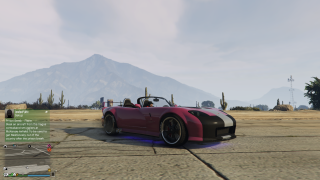 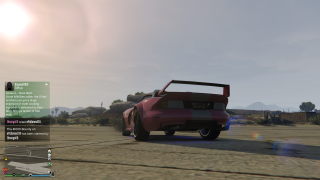 My pride and joy. The apex of Grand Theft Auto sports cars. My own customised Bravado Banshee.

This pink, white and black beauty comes with spoilers, turbo, sports brakes, a re-tuned engine and custom tires. It comes with neon strips that Phil and Samuel think are tacky but what do they really know? And it comes with a novelty horn that plays Sergei Prokofiev’s Montagues and Capulets and/or that Sia tune from the turn of the millennium. Perfection.

Memorable mission: Every single mission I undertake. When I’m behind the wheel of this baddie, there ain’t no stopping me. (Disclaimer: homing missiles have been known to abruptly stop me.)