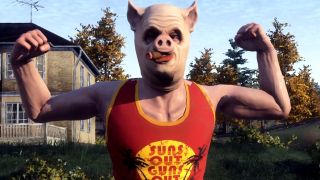 Battle royale shooter H1Z1 is getting a facelift. Under a “re-formed dev team”, it will soon be known as Z1 Battle Royale, and its latest update aims to help smooth the transition by tackling lengthy waits for matches and adjusting a bunch of weapons.

Bullet speed, bullet drop and fire rate have been tweaked on a variety of weapons, including the AR-15, AK-47, M-9 and Shotgun—you can read about the changes in the patch notes. But perhaps more interesting are the changes to matchmaking, which should ensure players can jump into matches faster.

H1Z1 still has a decent player count—as I write this, 7,000 people are playing—but that’s not enough to ensure matches instantly fill up. To counter that, Daybreak Games is capping the lobby wait time at 135 seconds, at which point matches will start as long as there are two or more players waiting. The fewer the number of players, the smaller the starting safe zone.

You’ll also no longer be able to choose where you spawn in solos, duos or fives, but the dev team has changed starting locations to “ensure decent looting at start of match”. The in-game time has also been set to mid-afternoon, and the weather will be sunny 90% of the time, making it easier to spot enemies.

Lastly, all matches will now count as ranked matches, so you’ll be rewarded even if there’s only a handful of players, and you’ll be matched with other players based on your account level.

Once again, you can read the full patch notes for more detail.