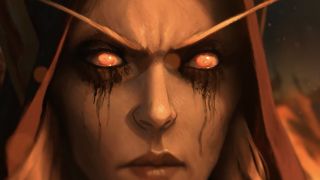 Yesterday I wrote about how, despite being otherwise gorgeous and fun, Battle for Azeroth has some big problems with its gear system. For the last few weeks, the WoW community has been very vocal about these issues, and today game director Ion Hazzikostas is taking to the Warcraft subreddit to respond to these concerns.

You can check out the thread for yourself, but we’ll be rounding up Hazzikostas’ answers to the most pressing questions as he posts them and sharing them here to make it all a little easier to read, sorted by topic.

If you didn’t read my full account of why players hate Azerite Armor, here’s the basic run down. Azerite Armor are pieces of head, shoulder, and chest armor that are effectively like individual skill trees with special traits that unlock at different tiers based on the level of your Heart of Azeroth. This necklace gains experience points from all sorts of activities. It’s a cool system by design, but players have three major issues with it:

That’s a rough summary of the problems redditor ‘drysart’ laid out in hopes that Hazzikostas could provide some insight into how Blizzard feels about the system and players’ reception of it.

In response, Hazzikostas had this to say: “We’re certainly not entirely happy with how the system is playing out, and all of these are very valid concerns. We agree that it’s a problem for someone to look at a 30-ilvl upgrade under normal circumstances and feel like it’s not worth equipping. I know this risks sounding like a cop-out, but a few of the problems you’ve outlined simply boil down to tuning.”

You can read the full response here, but Hazzikostas goes on to say that even though players might not be able to unlock all their Azerite traits right away, the system is designed so the most powerful traits unlock first. He also points out that while Azerite Armor of different degrees of power might share the same traits, those found in more powerful pieces will scale upward and be stronger. “That was by design,” Hazzikostas wrote, “so that you wouldn’t feel as much of a loss when upgrading to a higher level item that isn’t yet fully unlocked.”

Hazzikostas then explains there are problems with the system. Some traits that are actually cool are just too weak to be useful, and they will be buffed. Likewise, traits that are too overpowered will be tuned down. What’s really exciting though is that traits that are just plain boring are going to be swapped out with more interesting ones in a future patch. And as more updates add new raids and dungeons, whole new traits will be added as well.

“In terms of long-term prospects, we see the current system as a foundation upon which to continue building, not a treadmill to throw out there and let sit passively for the rest of the expansion. We’ll be adding loads of new traits in future content updates, for starters. But tuning work is something that is already ongoing, and which will ramp up in the very near future as we now have most of the data we need to make these adjustments.” 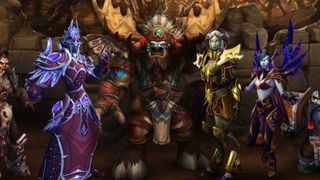 Redditor ‘jakl277’ asked about Island Expeditions and why they’re not rewarding and feel too similar each time you play them.

Hazzikostas responded by saying that a hotfix is being implemented which will boost the drop rates of cosmetic items. More importantly, however, he explained that Island Expeditions are a “entirely new type of content” and implied that comes with a whole new set of design challenges. To combat the familiarity that comes with running them, Blizzard is looking at adding new events to “increase the variety of the experiences players have when jumping into Expeditions.”

Similarly, the layout of the islands is being looked at to add more diversity. Like Azerite Armor, Blizzard is looking to refine and build on the feature over time which will hopefully offset how routine they feel.

In response to jakl227’s point about Islands feeling too fast paced and competitive, Hazzikostas said that’s the nature of the experience and it “isn’t for everyone.” In the future, Blizzard wants to use the underlying tech, like advanced AI and procedural generation, and apply it to other different types of activities that might suit less competitive-minded players.

Sarcastryx brings up a really good point by asking Hazzikostas about the state of certain class specializations. Though I briefly mentioned it in the initial review, Battle for Azeroth’s class design felt more out of wack than usual—especially for certain classes like shamans.

Hazzikostas responded by saying that WoW’s class design revolves around making sure each of its 36 specializations (think of each of these as their own separate class) should bring something to the table that other specializations don’t necessarily have.

In regards to shamans, Hazzikostas said that the healing Restoration spec already received some buffs and they expect it’ll continue to improve over time. Elemental and Enhancement shamans, however, “could use their niches more clearly defined” but will have to wait for an upcoming patch since it’s beyond the realm of what they can easily hotfix.